Elijah Kamski is a human in Detroit: Become Human. He is the scientist who invented androids, and founder and former CEO of CyberLife.

Kamski is a very private man and has disappeared from the public eye after he resigned as CEO a few years prior to the beginning of the game in 2038.

His IQ is 171.[1] He studied and became an AI Graduate at the University of Colbridge, under Professor Amanda Stern.[2]

In 2018, aged 16, Kamski founded the company CyberLife, straight after graduating from university. As a young researcher, he moved to Detroit in order to create the first intelligent domestic android. Detroit attracted him because the commercial property in it was cheap.

He bet what little he had on developing an android prototype and spent years to no avail until hitting on two breakthroughs: "blue blood" Thirium 310 and biocomponents. He developed Thirium 310 even though he isn't a trained chemist.

In 2022, aged 20, his company made a breakthrough by creating the first android to pass the Turing test. The android named Chloe publicly passed face-to-face tests and stunned the world. What made this possible was Thirium 310, a chemical solution that mimics the functioning of human blood but several thousand times faster, distributing information and energy throughout the machine much like human circulation.

When the company was approaching a $500bn valuation, rumors emerged that Kamski disagreed with his shareholders over strategy.[3]

In 2028, aged 26, Kamski was Century magazine's "Man of the Century".[3] At some point, he filmed a profile and factory tour for KNC. It is unclear when this occurred exactly, but it is mentioned in the introduction that he had been voted Century's "Man of the Year" recently. This could indicate that the interview happened around 2028 as well.[4] Not much later, in the same year, Kamski resigned as CEO and left CyberLife.[2] Since then, Kamski has avoided the public eye and lived a reclusive life.[3]

Kamski created the first version of the Zen Garden, which he equipped with a backdoor exit.[5] Kamski also designed Amanda, and gave her the likeness of his mentor Amanda Stern.[5]

Kamski is friends with painter Carl Manfred and gifted him an RK-series prototype, Markus, after Carl's accident.

In 2038, Kamski lives in a luxurious villa by the water on the outskirts of Detroit. Still a recluse, he refuses visitors and spends his time with androids instead, among them several Chloes.[3]

In "Meet Kamski", Hank Anderson and Connor visit Kamski at his home.[2]

At variable points of story, if both Kara and Markus die in or before "Last Chance, Connor" and Connor is deactivated by command of Amanda caused by his failure to locate Jericho. Kamski watches KNC news about President Warren talking about rounding up the deviant androids and destroying them. Kamski will be reappointed as the CEO of CyberLife. In a KNC interview with Rosanna Cartland he reassures her that androids are completely obedient and efficient machines that will never have life, even though they may be perfect imitations of humans.

In official media such as KNC, Kamski is perceived as discreet. He claims his goal is to create the perfect imitation human that can bring humans happiness and be welcomed into their homes, carrying out the most annoying and repetitive tasks so that people would have more time to enjoy life. He claims androids are smarter and more capable than human beings, but are also obedient, making them the perfect partners for humans. Kamski believes the societal shift from human-to-human to human-to-machine relationships as a positive, weighing the potential for human happiness more heavily than any moral implications of an increasing dependence on android technology.

Kamski considers the change in economy and society caused by android deployment as an inevitable technology advance, not unlike the invention of steam engines, as such Artificial Intelligence makes the lives of human easier. He states CyberLife androids would never pose a threat humans as they would never develop any sort of desires or forms of self-awareness.

In Meet Kamski, he exhibits considerable amount of contradicting views. Fascinated by the deviants, he explains androids with the combination of infinite intelligence, perfection and free will (when deviated), along with the fact machine being very important to human, leads to inevitable and ironic confrontation between the two sides. He specifically is interested in if machines are capable of empathy, do machines think of machines as merely objects or living beings with a soul. He also concerns about whether machines will choose to betray their own kind or stand against their creators. Kamski is unwilling to stand at the position of this dilemma, viewing joining either side to both bear serious consequence.

If Connor spared a Chloe, Kamski states CyberLife's last choice to save humanity is itself a deviant, and links Connor's hesitation to kill to empathy. He is disinterested in Connor if Chloe is killed.

A test named after himself and demonstrated to Connor, Kamski test is a method which he determines if a machine has sense of empathy. It involves assigning a machine to destroy another machine for a reward.

Specifically, Connor is tempted to destroy one RT600 Chloe model for one question which Kamski will answer for all he knows. 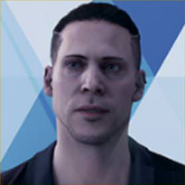 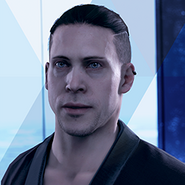 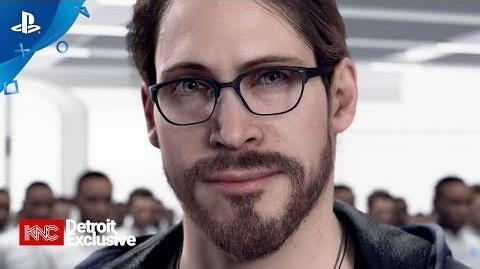 Retrieved from "https://detroit-become-human.fandom.com/wiki/Elijah_Kamski?oldid=36815"
Community content is available under CC-BY-SA unless otherwise noted.