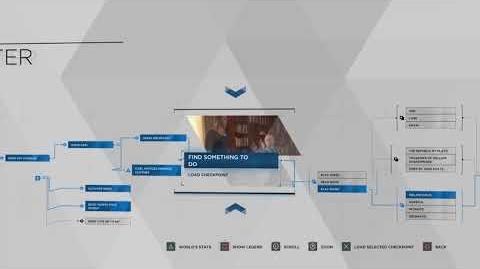 The Painter is the fifth chapter of Detroit: Become Human. This chapter has only one outcome.

Markus has just returned home from his errand. He awakens and cares for Carl Manfred, an artist who is stricken with several ailments due to age. After serving him breakfast, Markus is sent to find something to keep himself preoccupied. Upset by what he sees on the news as he eats, Carl decides to accompany Markus instead. They then go to the studio where Carl teaches Markus how to create art and is impressed by what Markus creates. Carl's son, Leo, then intrudes to request money to feed his drug habit, but angrily leaves when he is refused the money, claiming that his father never loved him and instead only loves himself and his android.

This is the flowchart walkthrough for The Painter, with 100% completion rate and all checkpoints. This chapter is from the perspective of Markus. To the right is a video showing the in-game flowchart, while below is a text version for ease of use.

From here, players can choose to:

At this point, players can choose to either Play Chess, Read Book, or Play Piano. No matter the choice, they will eventually lead to Take Carl to the Studio. Here are the options for each, however:

Read Book - from the bookshelf in the back of the room

Take Carl to the Studio

Some of Markus' Paintings[] 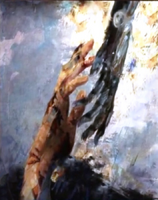 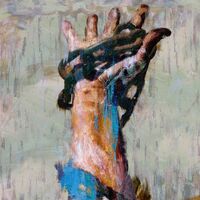 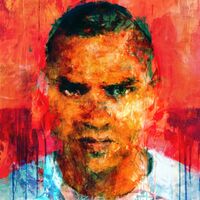