The HR400 and WR400 "Traci" models are advanced sex androids released by CyberLife in 2035. They have functional genitals and can engage in sexual activities from the most simple forms of intercourse to the most fantasy-oriented ones.[1]

The Traci is only used by a selected circle of clubs with the exclusive authorization for the Traci model; the Eden Club chain is one of them.[1]

Both Traci models are available in several appearances, in the likeness of actors Amelia Rose Blaire, Minka Kelly, and others. The actors who portrayed the male Tracis are unrevealed. 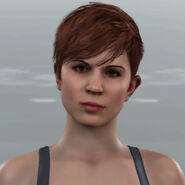 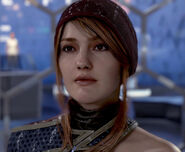